The owners and operators of today’s mountain lodging, adventures and activities share a rich culture and history.

Imagine a place where trappers, natives, outfitters, hunters, trail men and mountain men roamed the Rockies freely. Travelling on horseback or on foot, these mountain men were ethnically, socially & religiously diverse, fitting no ready stereotype. Some, like Ignace Wanyandie and Louis Karakuntie, were the Iroquois voyageurs that travelled west with the North West Company. They were canoe and boatmen paddling up the Athabasca River, eventually settling in the mountains as horsemen and packers. Others were French-Iroquois-Métis or mixed-bloods, like legendary Tête Jaune (yellow head).

Then there were the Scots-Métis, known as Freemen, who brought vitality and a unique character to the rugged foothills. They were former fur trade employees who worked as independent fur buyers. Freemen, known as Otipemisiwak, were “those in charge of themselves,” the first independent businessmen in the Canadian Rockies.

The Freemen culture developed as a result of Scottish bloodlines intermingling with the native women. The fur-trade empire was dominated by these hardy, adventuresome and hardworking Scotsmen; from Royal households of Scotland, Highland warrior society, and the Orkney Islands. Men like James Findlay, Colin Fraser, and Henry John Moberly were the founding fathers of a unique culture that has flourished on Alberta’s eastern slopes for more than two hundred years.

The indomitable spirit of the Freemen remains prevalent in the Rocky Mountain social structure of today. Rustic backcountry lodges, bed and breakfasts, horseback outfits, adventure products, and trap lines are owned and operated by some of the descendants of the fur traders. Willmore Wilderness Park and Jasper National Park was, and still is, home of the Freemen and their progeny.

These parks, with their unique culture and traditions, are excellent destinations for the international tourist. Communities and organizations are invited to partner in developing this untold story of the Yellowhead Region for the world. Artisans, historians, businesses and municipalities are encouraged to work together to reveal the struggles and triumphs of the unsung heroes of yesteryear. They have a colourful past that can be woven into a rich tapestry for the future.

Visitors to the area can rediscover folklore and local legends such as Louis Karakuntie, Ignace Wanyandie, Jacco Findlay, Tête Jaune, David Thompson, Colin Fraser, Henry John Moberly, and Adam Joachim. One can become immersed in the culture through tented packhorse trips, teepees and stays with the Bed and Breakfasts and Backcountry Lodges. 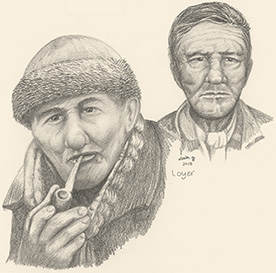 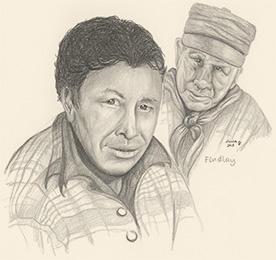 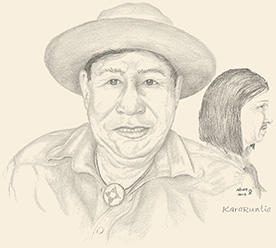